Electricity From Fingers. New discovery, Charge your gadgets while holding in your hands !! 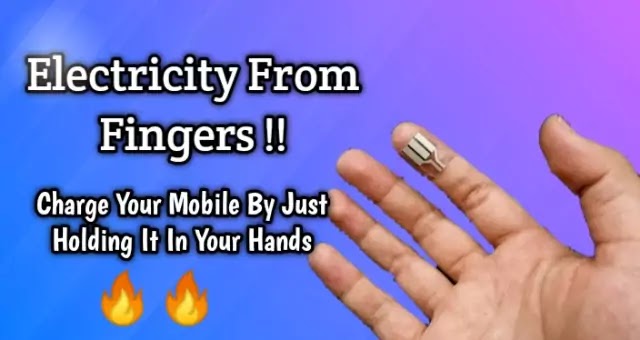 Dear readers, we all know that science has always surprised us with some unexpected or unimaginable inventions. This time I want to tell you about a new wonderful discovery, which can be very useful in our daily life. Science makes our life easier with its inventions. This time some researchers discovered a very thin handheld wearable device that can stick to our fingertips and uses a person's sweat to generate electricity.

The researchers claim that this device can be attached to the fingers and then it captures the moisture of the fingers and generates electricity from it. Since there is a lot of sweat on the tips of the fingers, this sweat can be collected with the help of a smart sponging material and then processed by the conductors.

This photo-type device is still in its early stages and can generate very little electricity now & it could generate electricity to charge a smartphone after being worn in hands for two to three weeks, but it's developers at the University of California claims that its capacity can be increase, so we can charge our gadgets while using or holding in our hands in the near future.

Since this device uses sweat to generate electricity, you might be thinking that you need to do certain activities like exercise, running and sports to generate as much sweat as possible. But this is not so. This technique doesn't work that way. Senior Professor Joseph Wong said that even if you are not doing anything, there is always a very small amount of sweat available on the tip of the finger, Using this technology, you can easily generate electricity from it. So you do not need to do anything special for this, just wear this device in your fingers and it will generate electricity continuously. 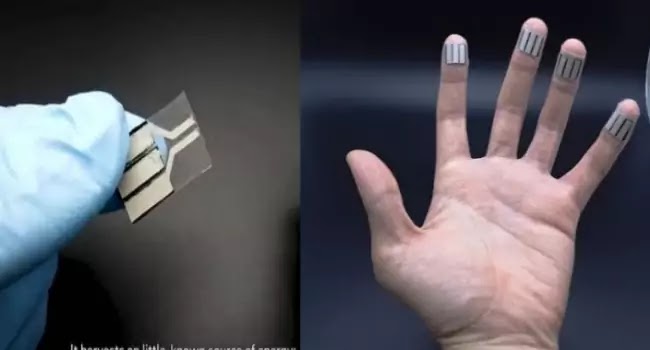 A chemical sensor and a small low-power screen were connected to the finger charger in one of it's experiments. The results were shocking because wearing it for just two minutes was generating enough electricity to operate the sensor and the screen.

Apart from this, in another experiment, the sensor which tells the level of sodium ions in salt water was also successfully charged with the help of this device. At this early stage of this technology after 10 hours of sleep, this device generates 400 millijoules of energy, which can charge the electronic watch.

Mr. Yin added " we want to make it a practical device. We just don't want another good device to come on the market that can generate small amounts of electricity. We can charge each essential electronic item with the help of the electricity generated by this technology and efforts are being made to improve it continuously. "