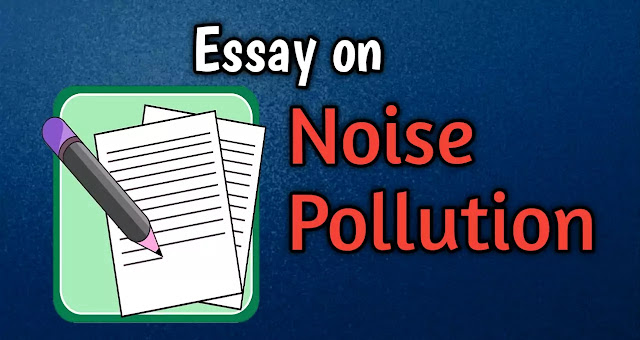 The normal sound produced by any object is not harmful for our world but Noise pollution occurs when the intensity of sound reaches a certain threshold and proves fatal to humans and other creatures.

The decibel scale is used to measure sound intensity (db).  It is appropriate and good for a normal person to hear sound of 50 decibel intensity.  But the sound of intensity more than 80 decibels is considered under noise.

The following are the cause for the steady rise in noise pollution throughout time:

Noise pollution has the greatest impact on the ears, affecting hearing power both permanently and temporarily.

The following noise-reduction strategies should be given special consideration.

There is no provision of a separate Act in India with respect to the control of noise pollution.  Noise pollution has been included under the amendment of the Air Act, 1981.

The Environment Protection Act, 1986 empowers the government to make laws to prevent and control noise pollution.

Under the Indian Penal Code Section 268, Section 290 and Section 291, a provision of punishment has been made keeping the noise polluters in the category of obstruction.

The government has enacted the Noise Pollution Rules, 2000 to control the rising level of noise pollution.  It prohibits the use of five loudspeakers/public address systems. In the context of noise pollution, the Supreme Court's decision came in 2005 in which it was told that the use of loudspeakers in public places between 10:00 pm and 6:00 am has been banned.