Yes friends, Google will provide you information about coding. But to participate in this, you have to be 12th pass. If you want to know even more about Google Codelabs, you must read this article till the end.

As we all know that Google has made a different identity in the world of Programming. Today everyone wants to work in Google.In such a situation, if you get a chance to learn coding from Google after 12th, then it is a legitimate thing that no one can ignore it.

If Google is launching an initiative on its behalf, we must participate in it. So today I thought why not provide you some information about what is Codelabs and how to get admission in it after 12th. With this, you will definitely get to learn something about it. So without any delay let's know what is Google Codelabs. 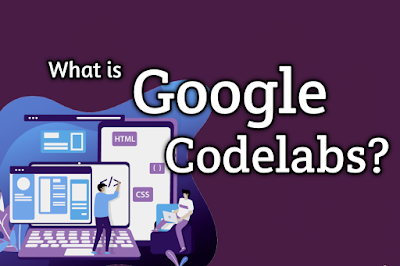 What is Google Codelabs ?

Google's Codelabs are such labs whose main purpose is to make people familiar with the Coding Experience. By joining Codelabs here, they provide you information about how to build an application from scratch

In addition to this, it also provides information about how to embed a new feature in an existing application.

They also cover many topics such as Google APIs in iOS, Google compute engine, Android Wear etc. It is a central place for all developers where they can get all the applications required to build a software.

Why was Google Codelabs designed?

Google codelabs was designed so that it can help Google engineers to develop code in Google, for this they can use Google's infrastructure as well as Google best practices. As per me, this was an initiative by which Google began Codelabs to make awareness about coding in all people

Google launched its first Codelabs in Andhra Pradesh in India. The Andra Pradesh government set up Google's Codelabs to help the IT business in its state. Previously, there was no Google Codelabs center available anywhere in India. For this work, Global IT giant Google selected Vasireddy Venkatadri Institute of Technology (VVIT) to set up its lab.

Google first sent an expert team whose job was to visit the VVIT campus to finalize the additional plans. They visited the campus and interacted with the students. VVIT has effectively been perceived by AP Government as a Center of Excellence by AP State Skill Development Corporation (APSSDC). With the completion of this lab, all the students from all over the state who want to know about coding or technology are going to benefit a lot from it.

How to get admission in Codelabs after 12th ?

If you want to be a part of Google's Codelabs, then you have to do some different preparation for it. Because we all know that everyone wants to be a part of this program, but it is not possible for a company to enroll all people in this program simultaneously because a company may not have enough resources . Therefore, they will definitely have some eligibility criteria based on which they select the participants.

Coding is such a subject that only those people who interested in it should go foit. Otherwise, it can become a very difficult subject for them.

In order to do coding it is necessary to be strong in mathematics and also your thinking should also be slightly different.

Due to this, your coding can be better than others. After this, the most important thing is that you must have an open mind. Because if you do not have the desire to learn things, you can never keep pace with technology.